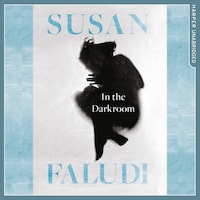 A NEW YORK TIMES BOOK OF THE YEAR

WINNER OF THE KIRKUS PRIZE

SHORTLISTED FOR THE PULITZER PRIZE 2017

From the Pulitzer Prize-winning journalist and best-selling author of Backlash, an astonishing confrontation with the enigma of her father and the larger riddle of identity.

In 2004 feminist writer Susan Faludi set out to investigate someone she scarcely knew: her estranged father. Steven Faludi had lived many roles: suburban dad, Alpine mountaineer, swashbuckling adventurer in the Amazon, Jewish fugitive in Holocaust Budapest. Living in Hungary after sex reassignment surgery and identifying as ‘a complete woman now,’ how was this new parent connected to the silent and ultimately violent father who had built his career on the alteration of images?

Faludi’s struggle to come to grips with her father's metamorphosis takes her across borders – historical, political, religious, sexual – and brings her face to face with the question of the age: is identity something you ”choose” or is it the very thing you cannot escape?